The controlled flood area Polder van Lier is built in the early 80’s as part of the Sigmaplan. To meet with the higher safety goals of the updated Sigmaplan and to create valuable riverine nature within the existing controlled flood area, some modifications were necessary. IMDC and Tractebel were responsible for the entire process: the preliminary design, the preparation of the building permit application, the detailed design and the drafting of the tender documents and bill of quantities.

The Sigmaplan is a major plan to protect Flanders against floods caused by storm surge (combination of spring tide and a northwestern storm) and to restore the important nature values of the tidal river Scheldt and its tributaries. The Polder van Lier is one of the thirteen original controlled flood areas (CFAs). It is situated in Lier (province of Antwerp, Belgium) along the tidal river Beneden Nete. Due to higher safety goals and additional goals for the restoration of the valuable riverine nature, the Sigmaplan foresaw in a check-up of the existing CFA.

During the inventory phase, several studies and measurements were carried out:

During the preliminary design, we checked the condition of the existing dikes – both overflow and ringdike – using the results of the geotechnical survey. The results showed that no major structural works were needed, although some dike segments required an optimization. 1-D modelling by Flanders Hydraulics Research showed that the existing outlet structures were insufficient to evacuate all the water after a first high tide during an extreme storm surge, meaning that the full capacity of the CFA is not available to top off consecutive high tides. Therefore, a new and much larger outlet structure was designed to maximize the safety level of the CFA.

For nature development, a smart pattern of ditches and open water was designed to create the ideal abiotic conditions for specific habitats (a variety of deep and shallow open water together with reed vegetation) and species (bittern, spotted crake). In addition, an existing outlet was refurbished into an intake sluice to create a permanent, controlled intake of Nete-water during high tide. This allowed also the exchange of fish between the dynamic river Nete and the tranquil environment of the CFA. At the outlet, a “survival pool” had to be foreseen to allow migrating fish to rest between the outlet and the rest of the CFA. The area hence can be regarded as a non-tidal connection to a tidal river. The dimensions of this non-tidal connection were optimized using a conceptual model of the CFA, the Beneden Nete and its hydraulic components. 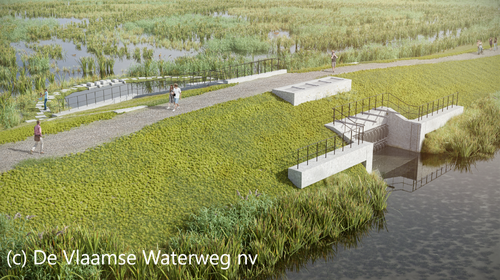 While preparing the application for the building permit, the procedure in Flanders changed drastically, requiring many additional inputs. The project was one of the first cases for De Vlaamse Waterweg nv, and IMDC assisted during the entire process. In 2019 the building permit was successfully obtained.

In parallel, IMDC and Tractebel prepared the detailed design, drafted the final technical plans and the necessary tender documents, resulting in the selection of a contractor and start of the works in Spring 2020. By 2022 the works should be completed, and the Polder van Lier will be ready to protect the city of Lier, and will start evolving into valuable wetland habitat.

Overview of the controlled flood area Polder van Lier (May, 2019) 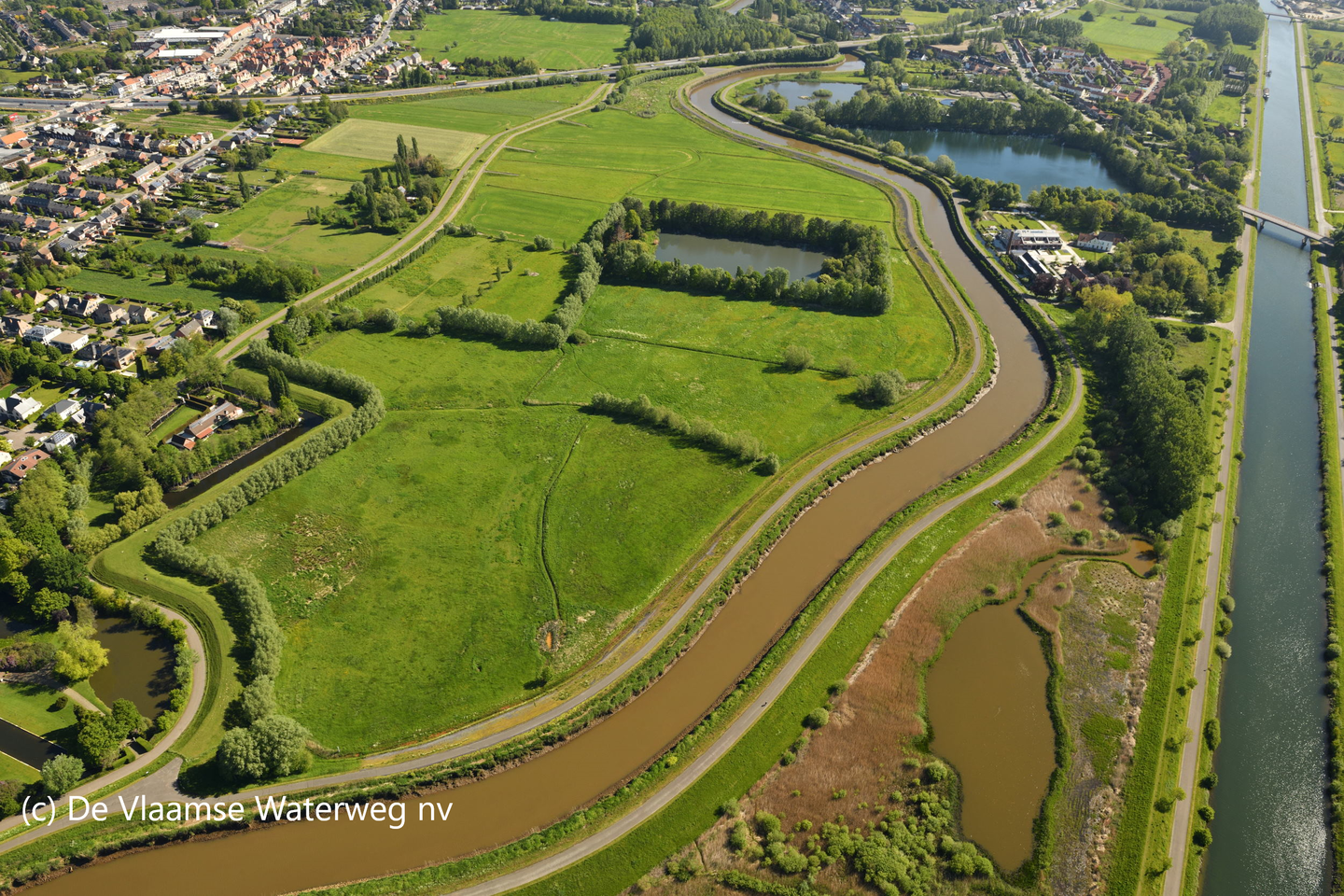