Based on a wide range of scientific publications it has been shown that combining radar-based and in situ measurements of rainfall (radar rainfall merging) results in a superior rainfall product, compared to each of the inputs separately. Multiple algorithms to combine both data sources exist. The main task of IMDC within this project was to compare four of such popular techniques in terms of their performance in Flanders.

Multiple radar rainfall merging techniques exist, ranging from simple bias correction methods to more evolved algorithms that spatially interpolate a set of correction factors for the radar image. IMDC has implemented a simple, yet powerful, evaluation protocol for four popular of such techniques: Mean Field Bias Adjustment, Kriging with External Drift, and (Adaptive) Multiquadric Surface Fitting. The evaluation protocol was used in a study evaluating the performance of the four radar rainfall merging techniques in Flanders for the Flemish Environment Agency. Based on a set of 14 selected rainfall events between 2018 and 2020 that were captured by the Flemish Environment Agencies’ weather radar composite and their network of in situ rainfall sensors, the performance of the four radar rainfall merging methods was assessed under different synoptic situations. The assessment included the analysis of rainfall totals, visual analysis of radar images, and a detailed statistical analysis against in situ measurements. The analysis provided useful insights in the performance of each algorithm and allowed the selection of AMQSF to operationally merge the radar images with in situ measurements.

Next to the study, IMDC also implemented AMQSF in the processing chain of the Flemish Environment Agency to produce high-quality, real time, radar-based rainfall data that is fed into the operational forecasting system of the agency. This implementation will help to improve the forecasting of both high (floods) and low (droughts) waters and to increase the quality of early-warnings that are sent out by the agency. 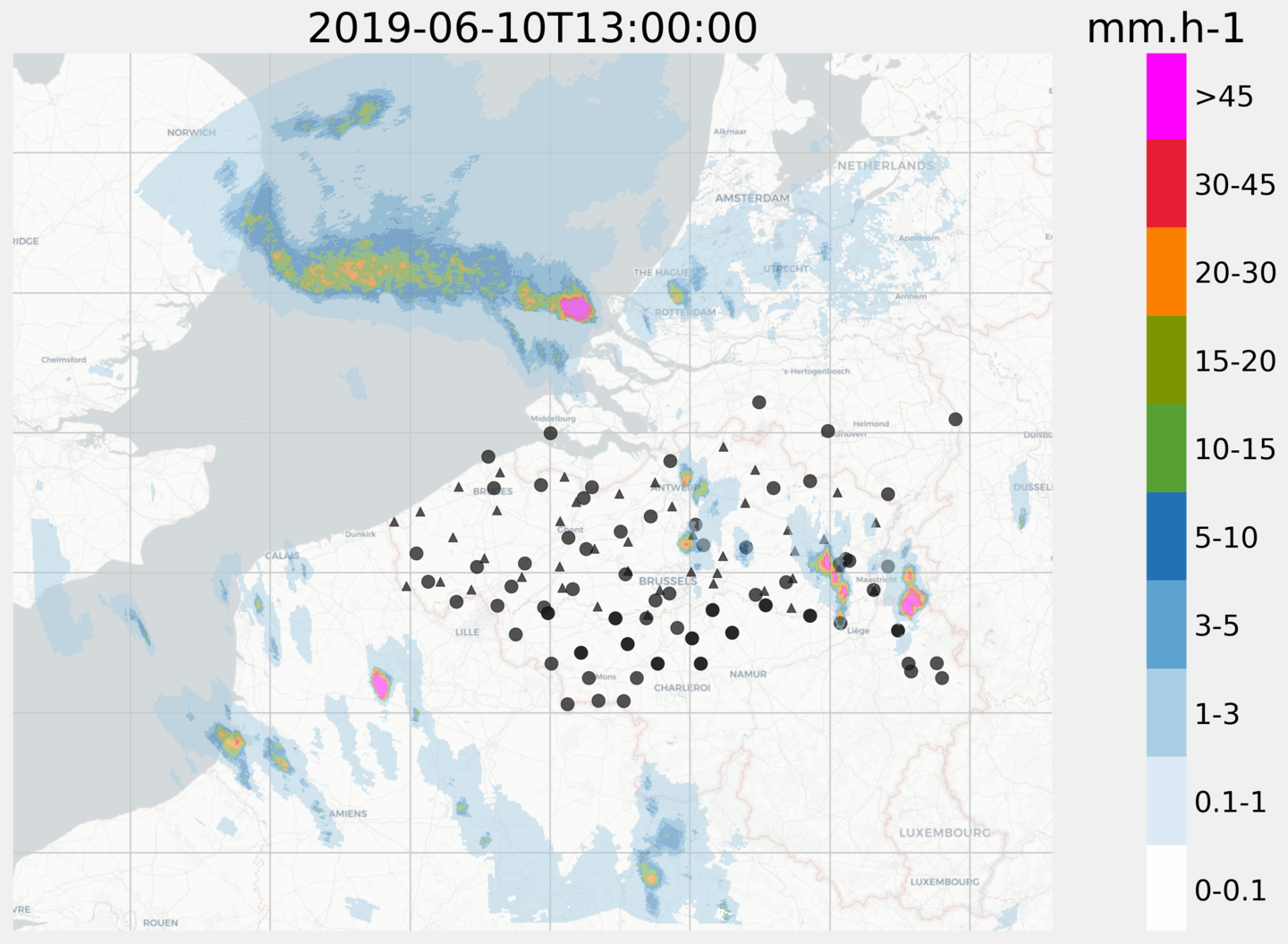 Bar plot of scores for the different algorithms tested; note that KED seems to perform best from this figure, but that after visual analysis, AMQSF was selected as the preferred algorithm 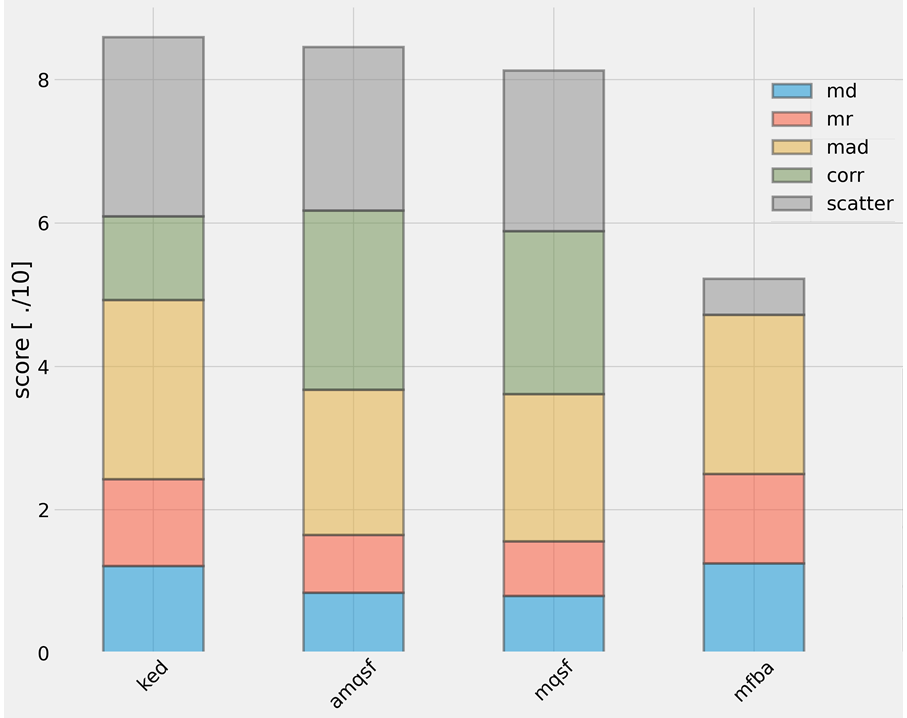