Study of the navigation conditions on the Seine river in Paris

The French national inland navigation authority (VNF) has commissioned IMDC to carry out a trajectory study in order to know if safety conditions are met to propose an evolution of the navigation rules in force and to develop the fluvial traffic in Paris. Among the most stringent rules are those relating to the crossing of the section with alternating traffic in the heart of Paris, around the Île de la Cité and Île Saint-Louis, as well as those relating to restrictions in times of flooding. 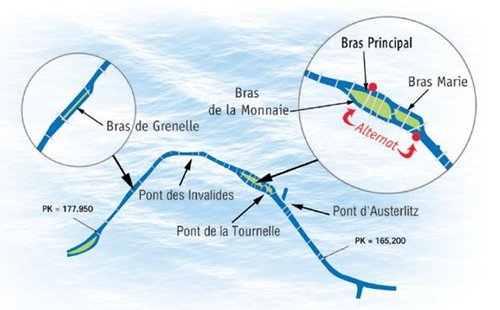 The study area was the entire Seine river in the crossing of Paris. It is characterized amongst other things by the presence of many bridges, often close to each other and, for some, with very narrow arches.

The ships considered in the study were the main ships navigating in Paris as well as the ships for which the client wished to know the accessibility. 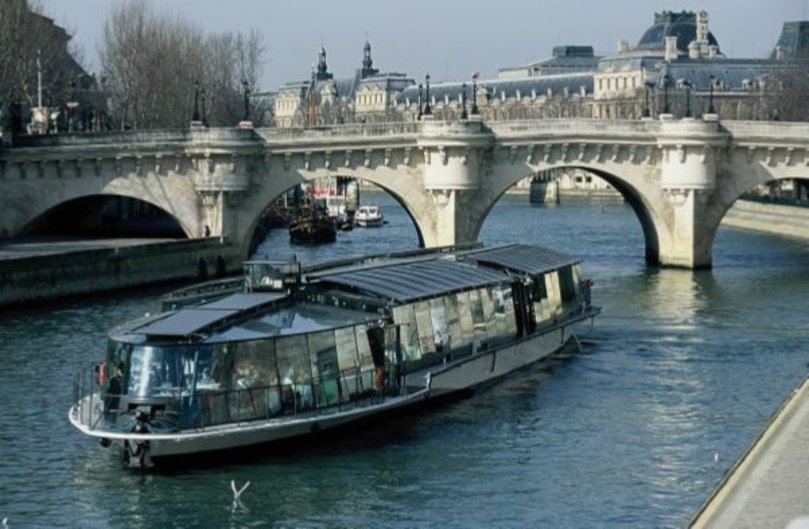 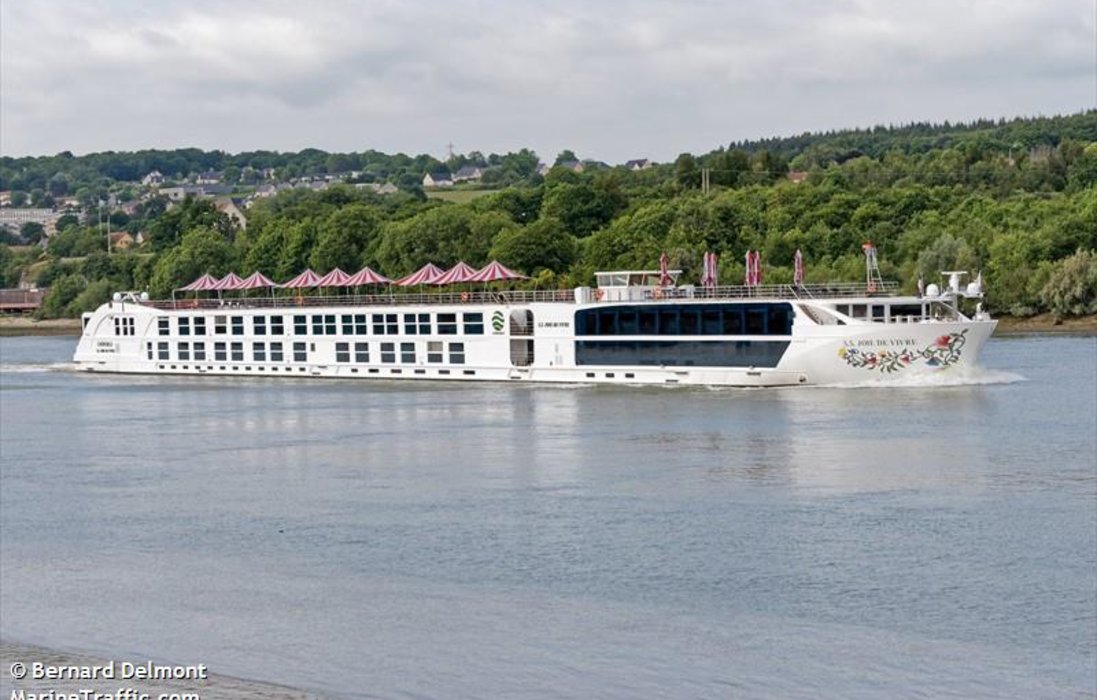 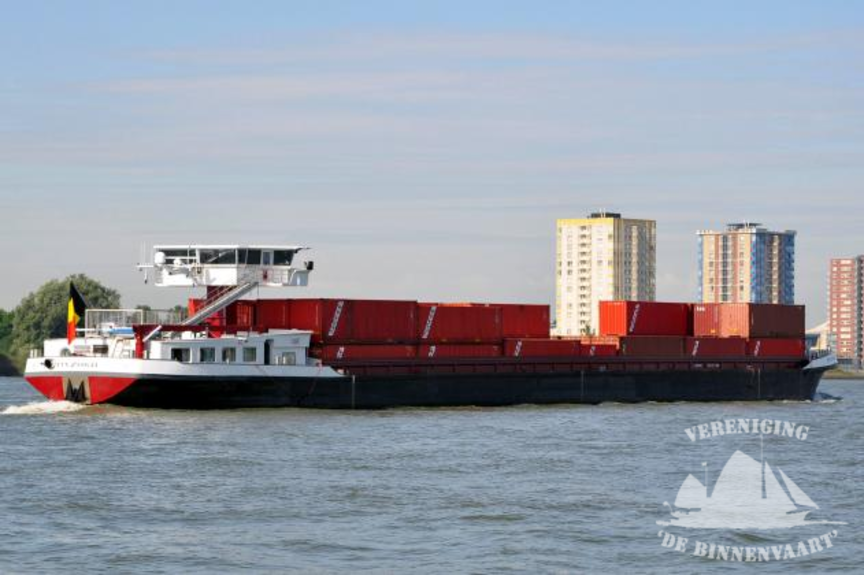 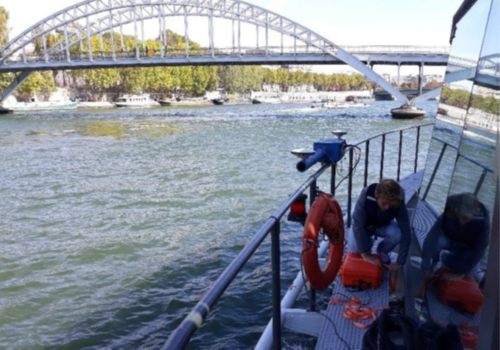 The characteristics (geometry, propulsion, manoeuvrability) of the various project ships were determined in collaboration with the client. A measurement campaign of the behaviour of certain less common ships (Parisian passenger ships and small hydrofoils) was also carried out. 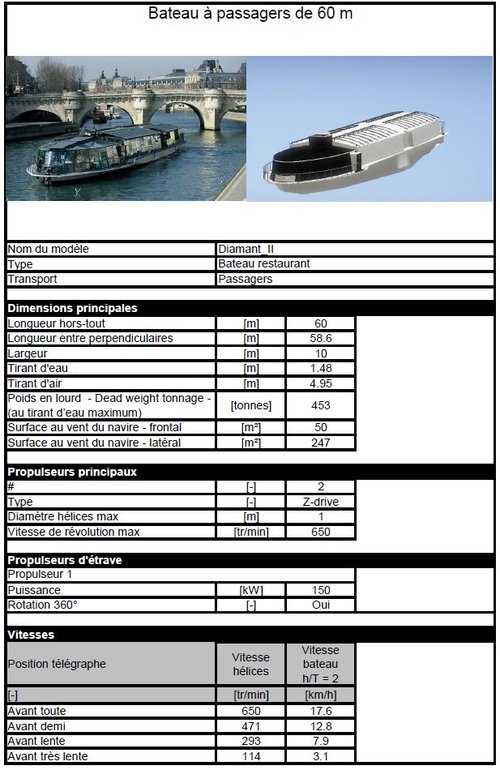 The ship characteristics were used to calibrate the ship models used for the navigation simulations and were summarized in calibration sheets. The ship models were developed starting from existing models in the database of FHR.

Tabel: Example of a ship model calibration sheet including data on geometry, propulsion, and manoeuvrability

A 2D hydraulic model was built in order to determine the longitudinal water level profiles of the Seine river as well as the current fields for the different flood conditions. These results were then integrated into the simulators. The very variable wind conditions on the Seine were determined in collaboration with skippers that are familiar to the area.

The bathymetry of the Seine as well as the morphology of the banks, bridges and buildings along the Seine were then also integrated into the simulators.

The fidelity of the ship models as well as of the hydrometeorological conditions (current and wind) were validated on the simulators by experienced Parisian pilots.

Picture: Real time simulation with an empty freighter carried out on the simulators of FHR. The skipper is an experienced Parisian skipper.

Finally, a study of maximum ship speed, taking into account the effects of ship speed on fuel consumption, on wave generation and the impact on moored ships, was also conducted.

For ease of interpretation by all stakeholders, the results of the trajectory simulations can be visualized in a 3D digital mock-up. 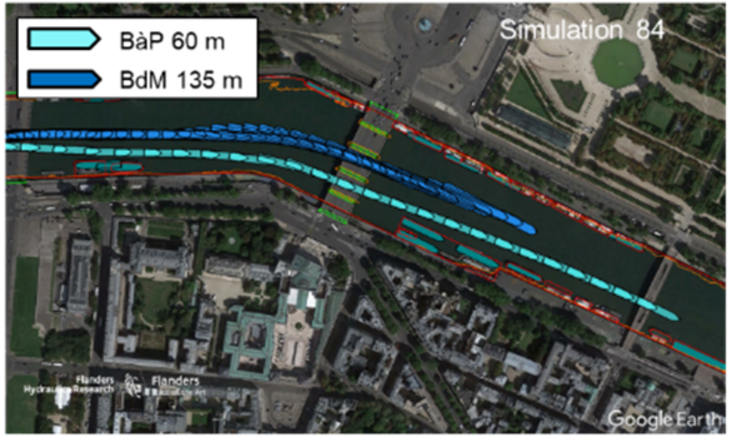 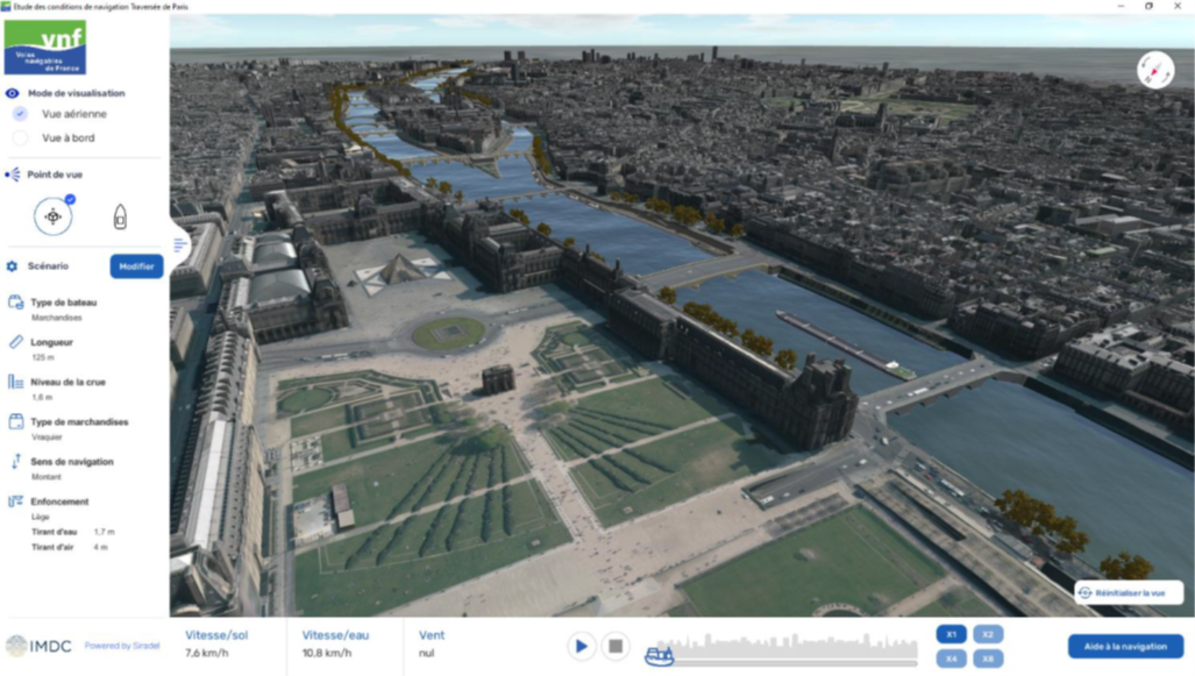 The results of the study will allow VNF to adapt the navigation regulations in order to promote the development of river traffic under satisfactory safety conditions.