In collaboration with Flanders Hydraulics, IMDC developed the ScaldisCoast model. The ScaldisCoast model is a highly efficient and flexible model based on a method applicable for short and long term morphodynamics both in the tidally driven off-shore and wave driven near-shore part of a coastal area. The model stretches from the French coast near Calais to the Dutch coast between the Eastern Scheldt and the Grevelingenmeer, including the Eastern and Western Scheldt estuary. 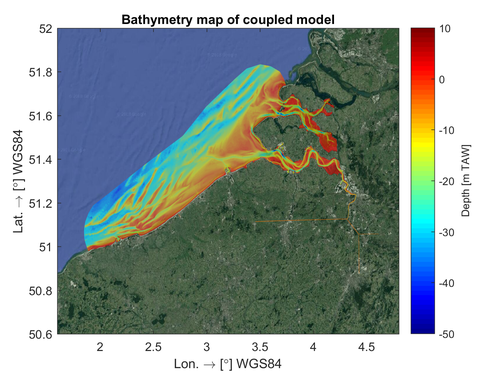 Wave-driven sediment transport in the surf zone plays a considerable role in the long-term morphological behavior of the Belgian Coast. In order to strengthen the coastal safety and investigate different future scenarios in an efficient, flexible and integrated way, a reliable estimate of the longshore sediment transport in the surf zone remains of considerable practical importance.

The numerical model is developed within the TELEMAC-MASCARET system, based on an unstructured grid. With emphasis on processes which affect the longshore sediment transport in the surf zone, the grids are refined up to 20m near the shoreline. Also new developments for including cross-shore transport in TELEMAC are implemented, which are currently under validation. Before the model is used for morphological simulation, it has been firstly calibrated and validated in terms of hydrodynamics and waves.

In order to perform morphodynamic validation, one-year bed evolution in front of Wenduine after nourishment, sedimentation in the navigation channel of Blankenberge marina during the Chiara Storm and dredging volumes in different locations have been simulated by the model. The modelled results have shown a quantitatively good agreement with the measured data.

In combination with the representative tide and wave climate, and morphological acceleration factor, this model provides a reliable tool to simulate decadal-scale morphological evolution along the Belgian Coast and Western Scheldt Estuary.

Erosion around Wenduine after nourishment

Sedimentation in the channel of Blankenberge during the Ciara Storm 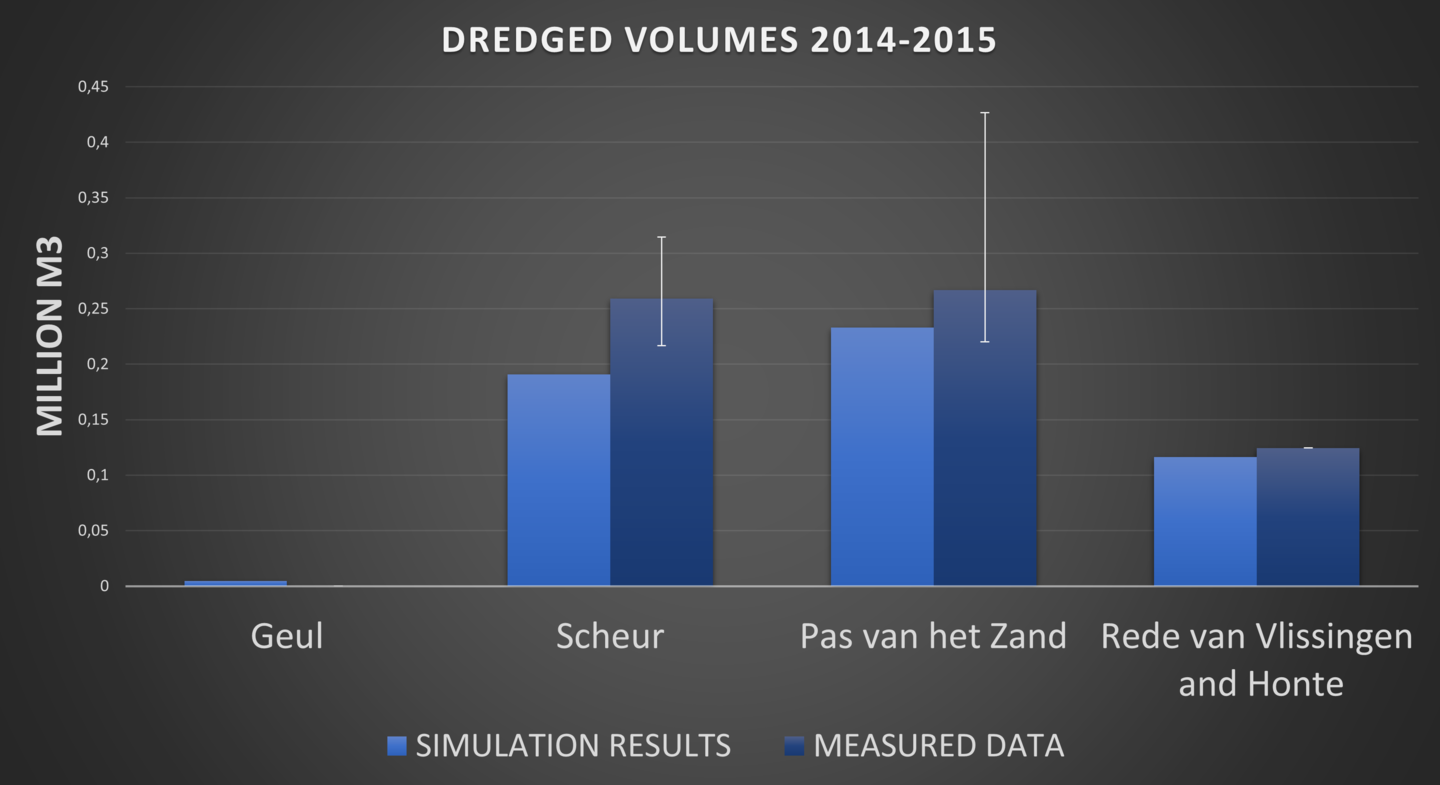